Spartan Executive serial number 17 has carried various registration numbers over the past 75+ years. This has sometimes lead to some confusion.  It began with an initial registration number of NC17630. That was changed to KD-102 during the time the airplane was owned and used by the RAF during the war.  It was changed back to NC17630 after the war and was subsequently changed to N17630 when the US adopted a single letter prefix in the early 1950’s.  When Malcolm Jacobs acquired the airplane in 1957, he opted for the personalized N1MJ number.

Once the N17630 number had been given up, it was subsequently issued to the P-38 Lightning known as “Glacier Girl”.  For a variety of reasons, the owners of that airplane are not interested in relinquishing that number.

When S/N 17 was purchased in 1994, the new owners wanted a more original and appropriate registration number than the personalized N1MJ.  Since N17630 wasn’t available, they opted to go with N17667, a number that was originally used on Spartan Executive S/N 33 that had been destroyed during the war. This sometimes led to confusion as to whether the airplane was actually S/N 17 or S/N 33.

In 2008, the number was changed to N17634.  That number (17634) was originally assigned to Spartan Aircraft Company and was only used for a few months as NX17634 on the prototype NP1 that was developed for the military during the war. Because it was a number originally issued to Spartan and has only one digit that is different than S/N 17’s original registration number  of 17630, it was chosen. Although the current registration number is officially N17634, FAA regulations permit the use of the NC prefix to be used on vintage airplanes.  Thus the NC17634. 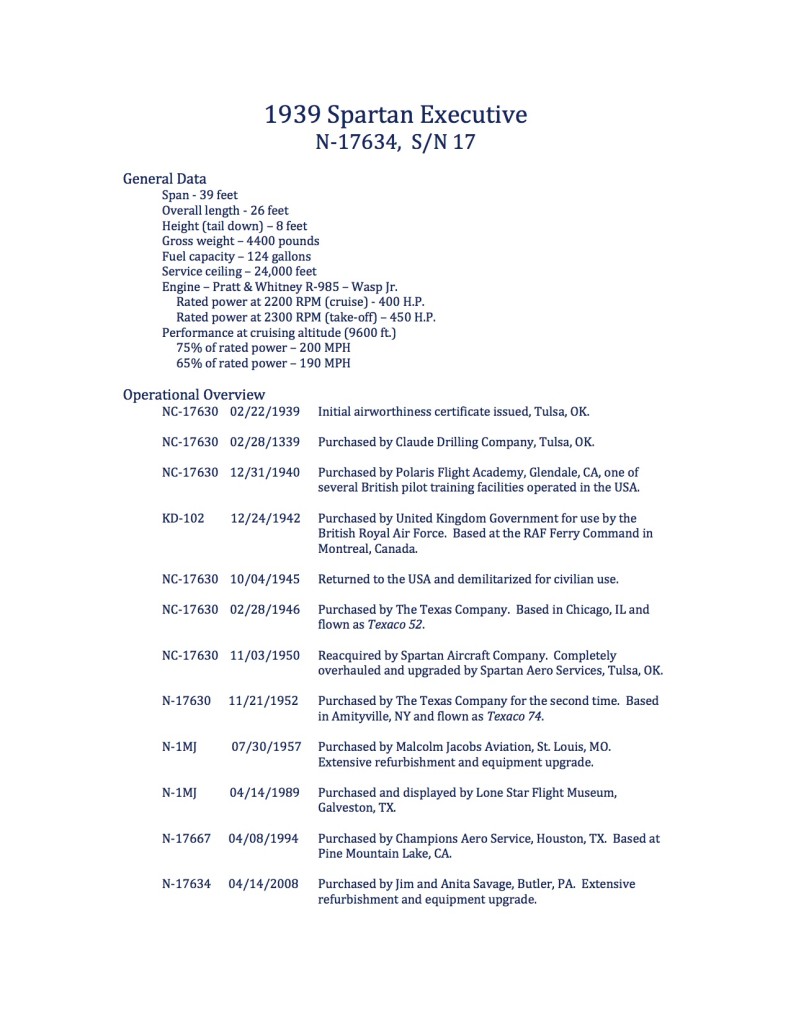