When the Spartan was purchased, it had a serviceable interior that had been installed in the mid 1970’s. With the change in exterior trim color from green to blue, the beige seats and brown carpeting were no longer appropriate.  So in the fall of 2013, the interior project had finally made its way to the top of the list.

This first group of pictures shows the starting point.  The front seats were “different” than original Spartan seats.  The backs were squared off, the seat surfaces were several inches wider than normal and fold down arm rests had been installed.  The rear seats looked similar to other Spartan rear seats. 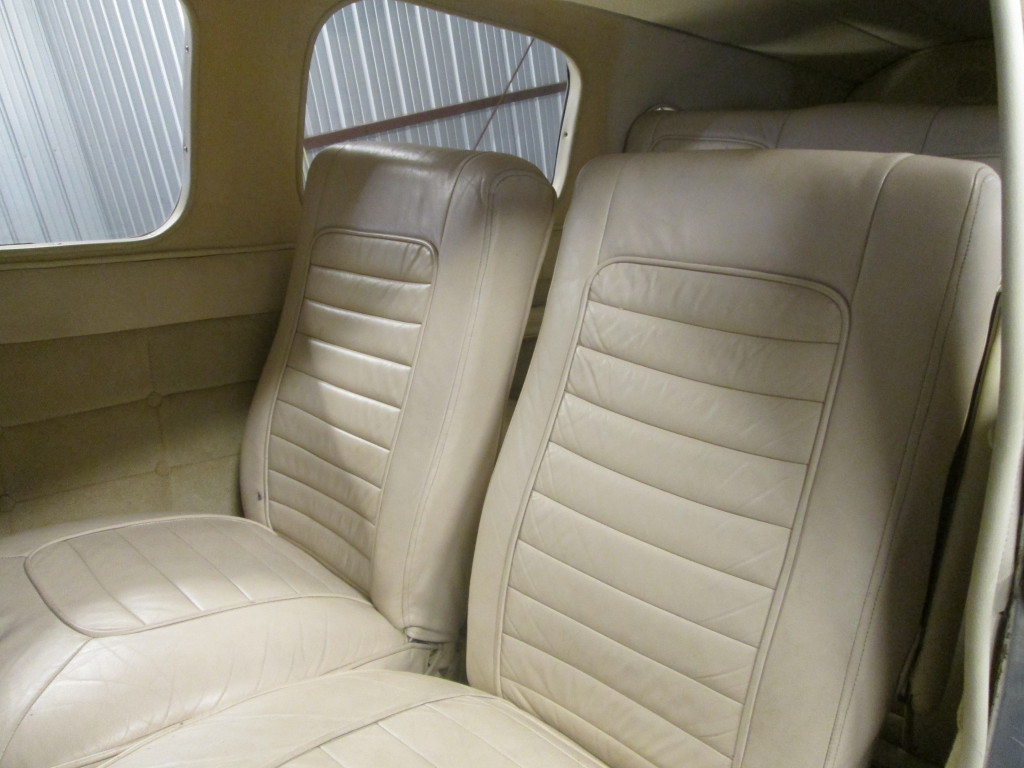 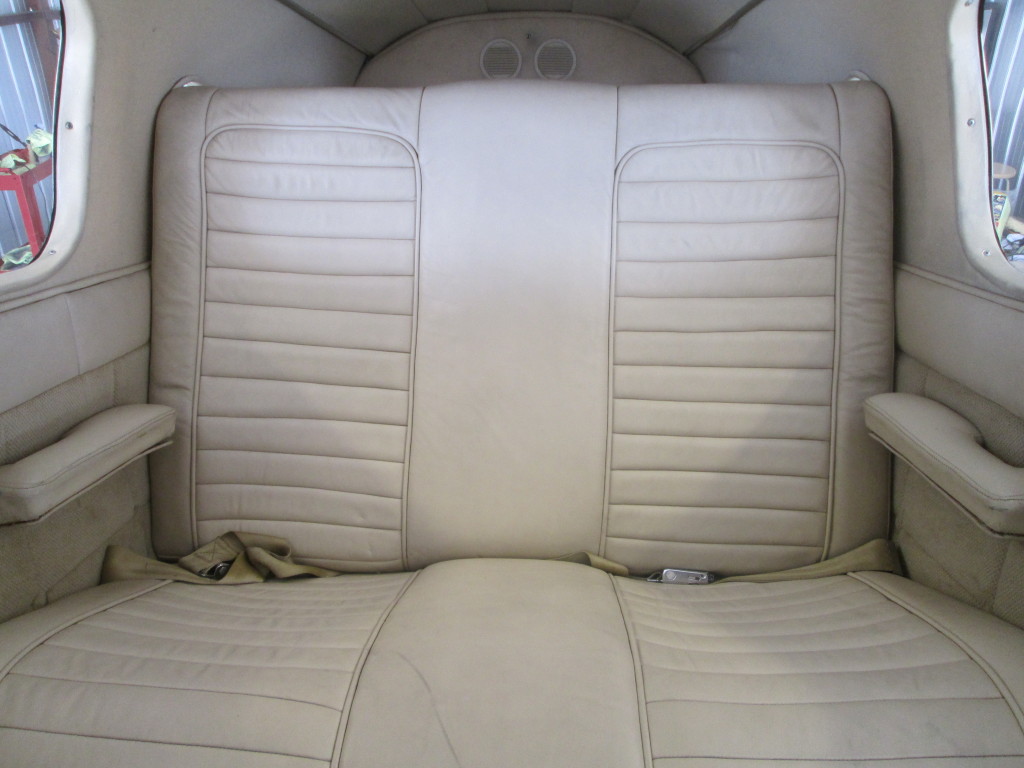 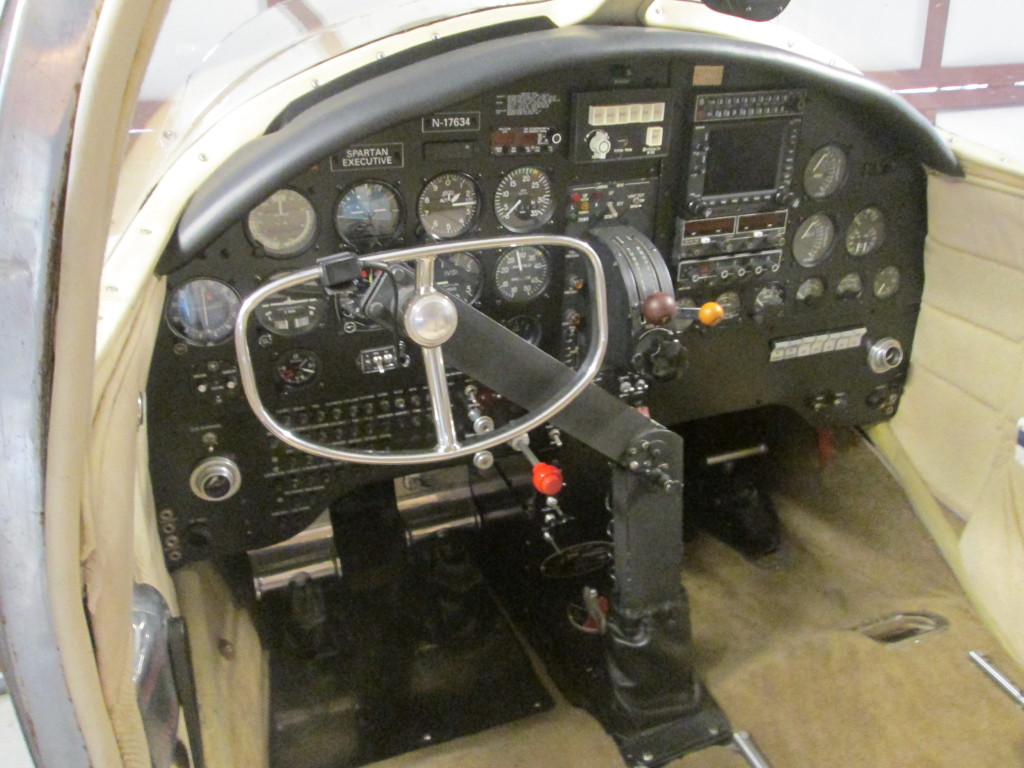 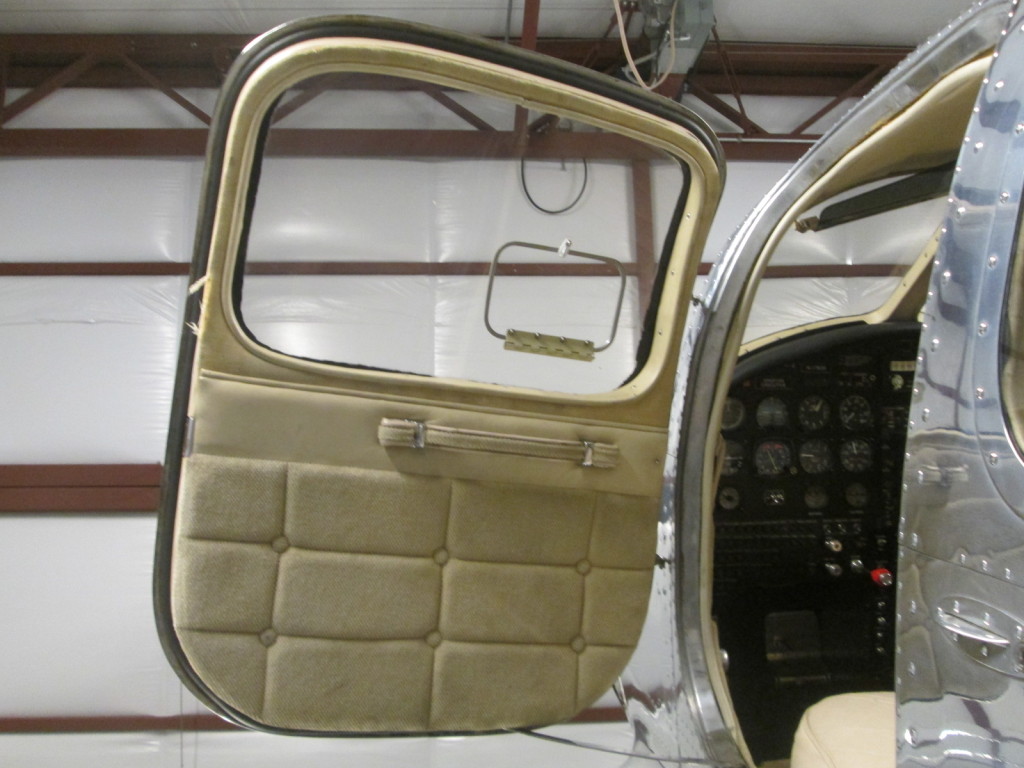 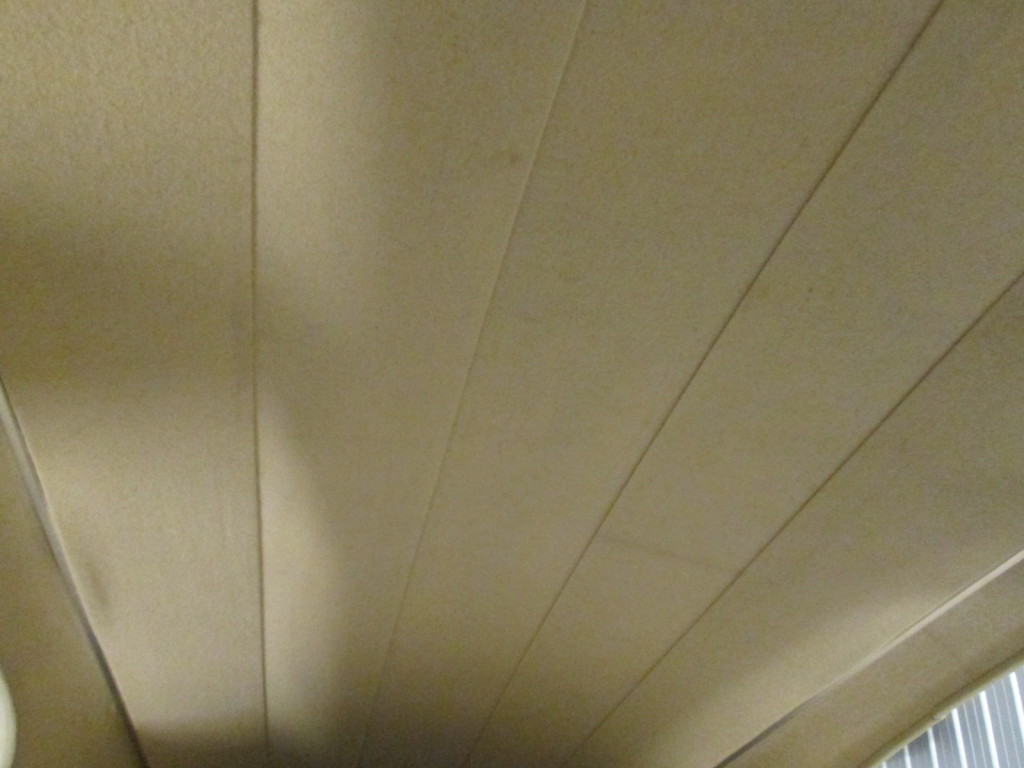 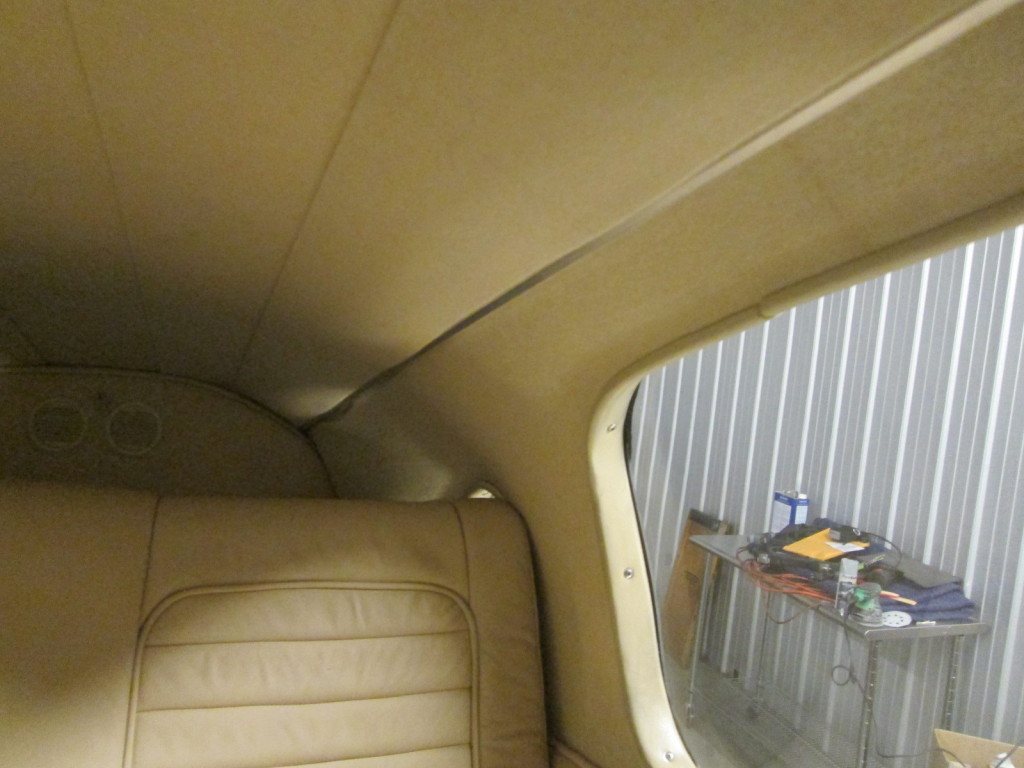 After removing the original seats, side panels, carpeting and  headliner, it was time to begin the transformation.  The initial challenge was the headliner.  Unlike many aircraft headliners that are made as a unit, this headliner consists of seven separate pieces of material that run from the front to the rear of the cabin.  The material also extends down to the bottom of the side windows. The process begins with the center piece of material and then adds the remaining pieces down one side and then the other.

The following pictures demonstrate that process. 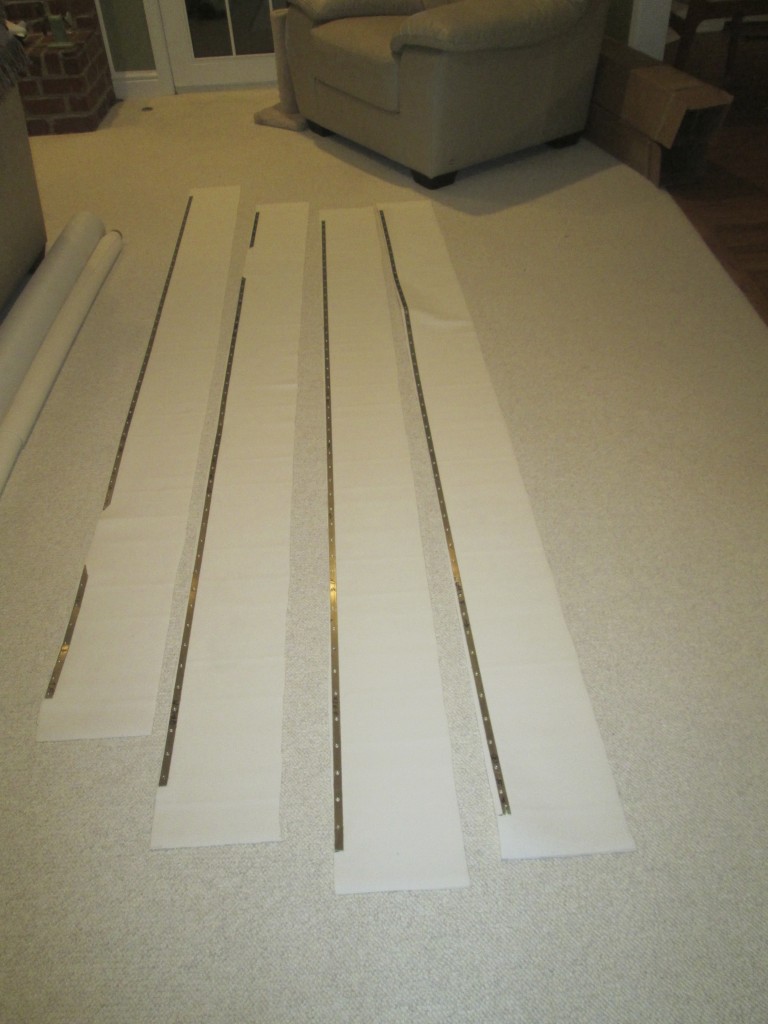 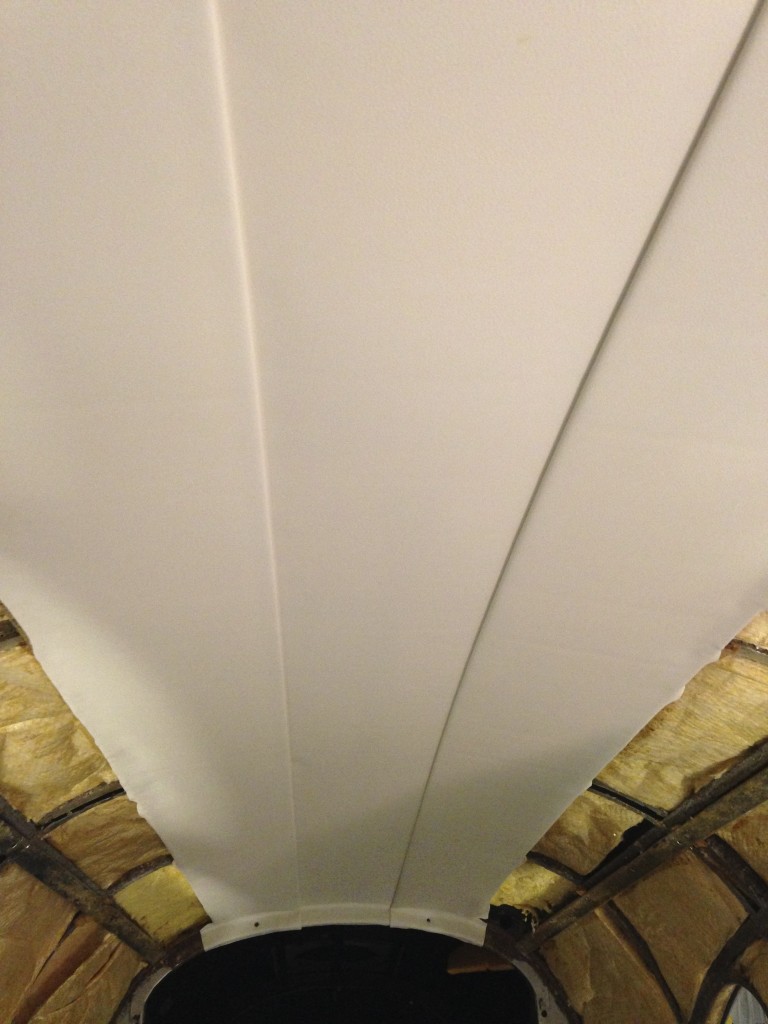 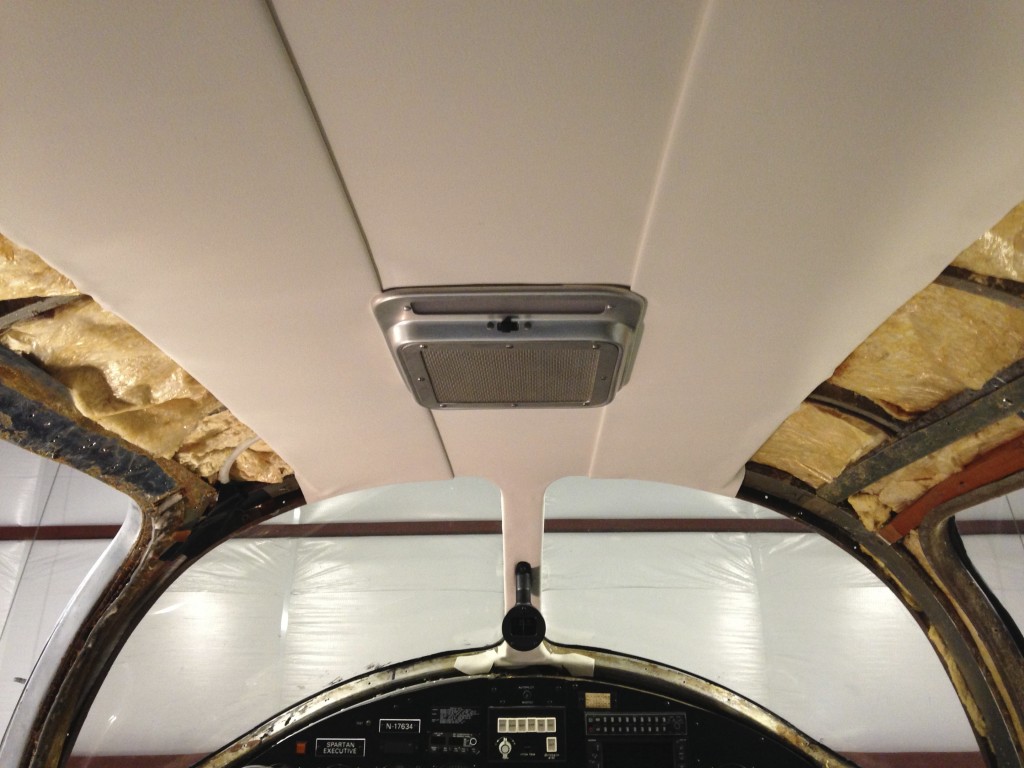 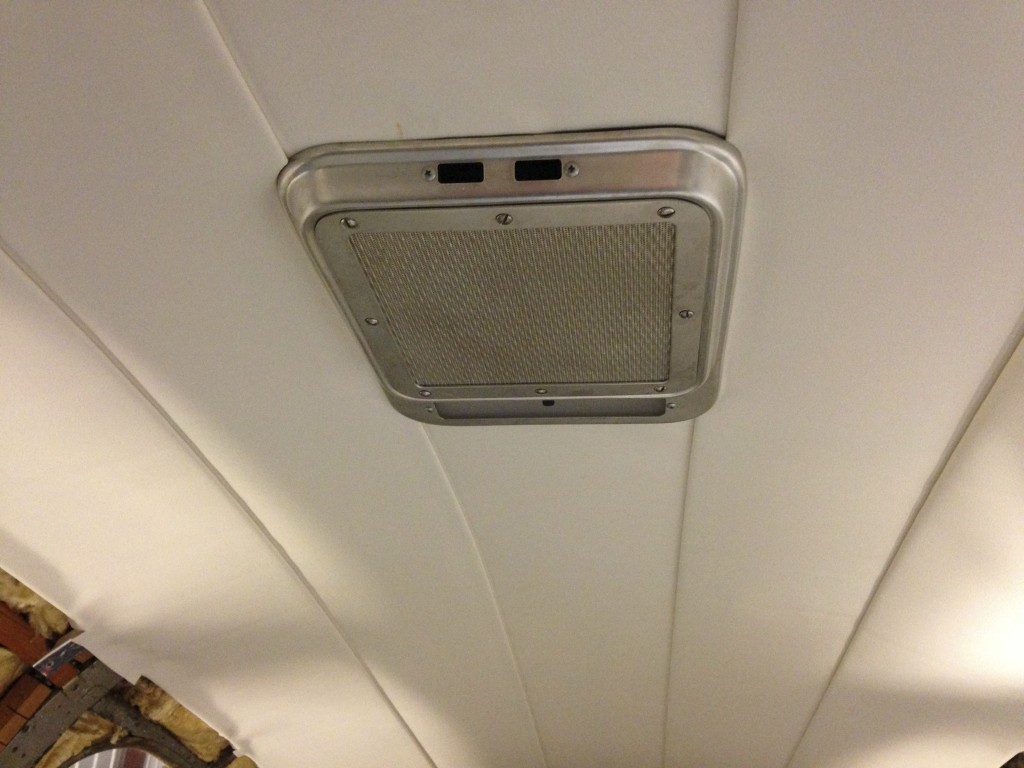 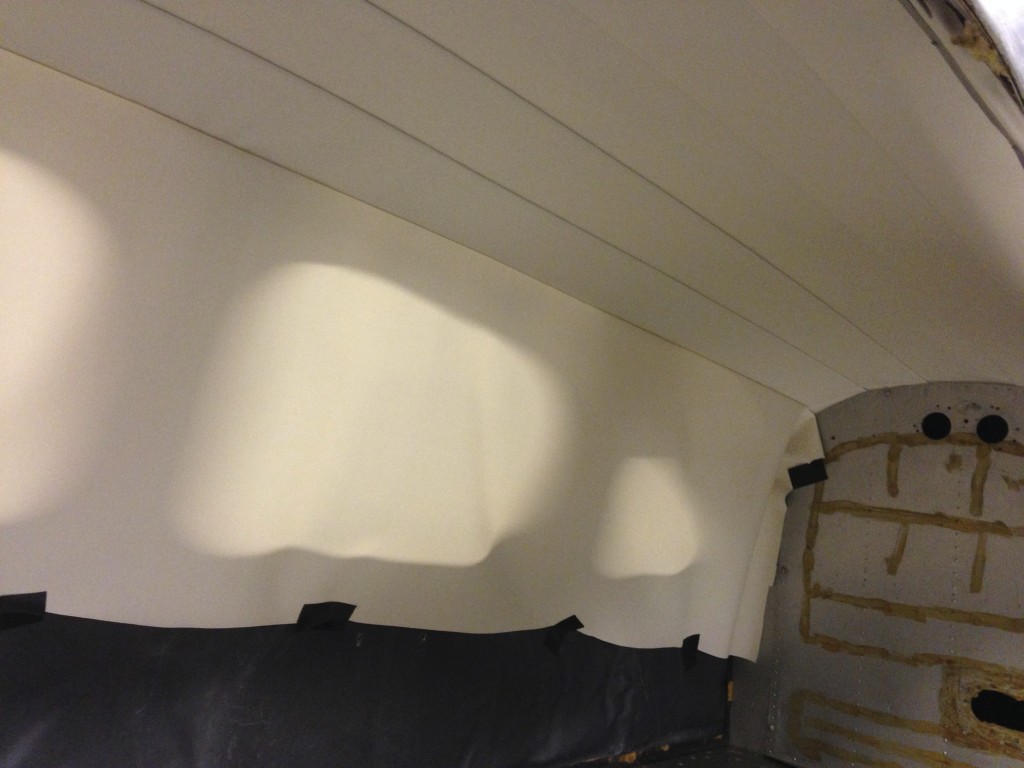 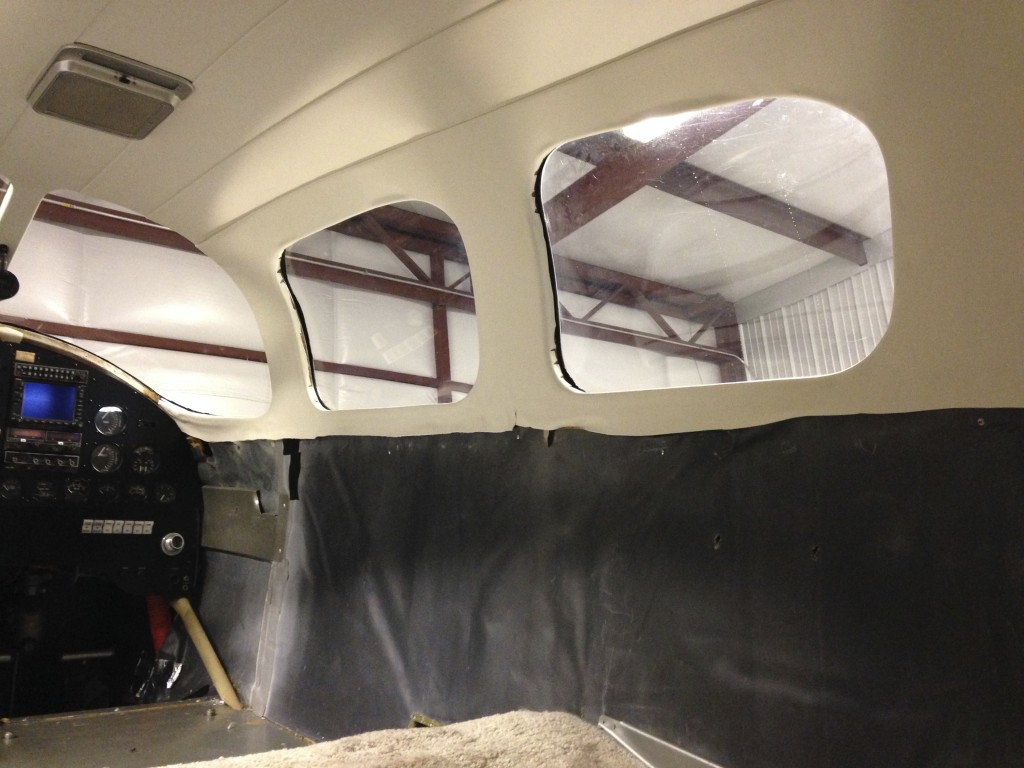 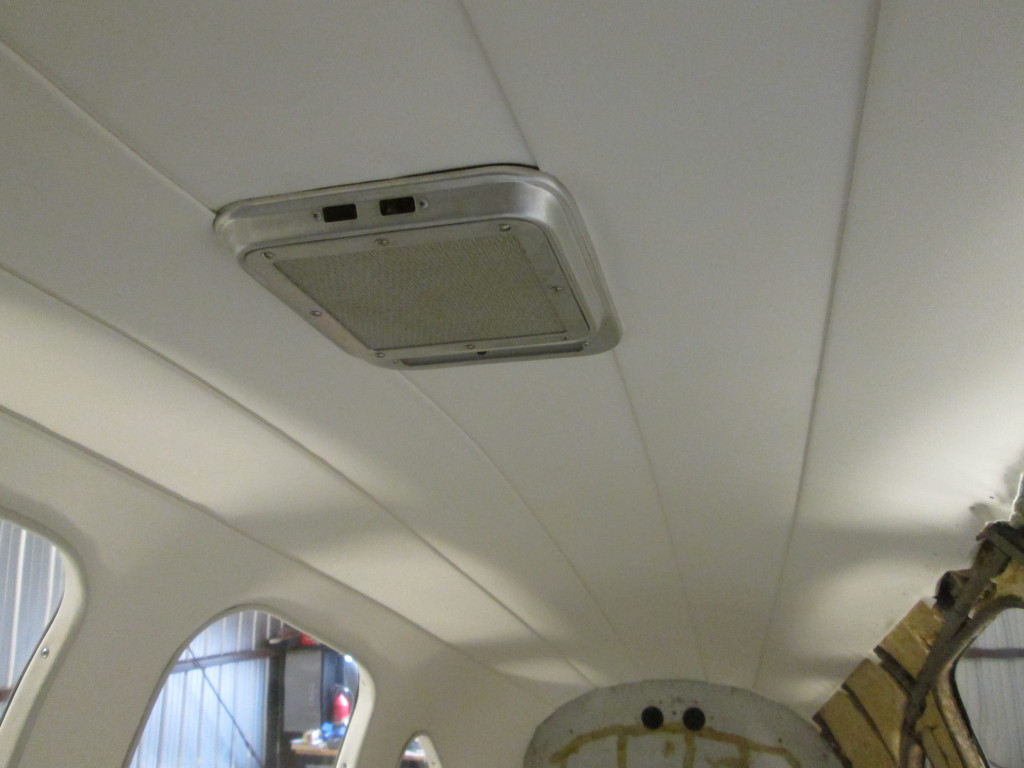 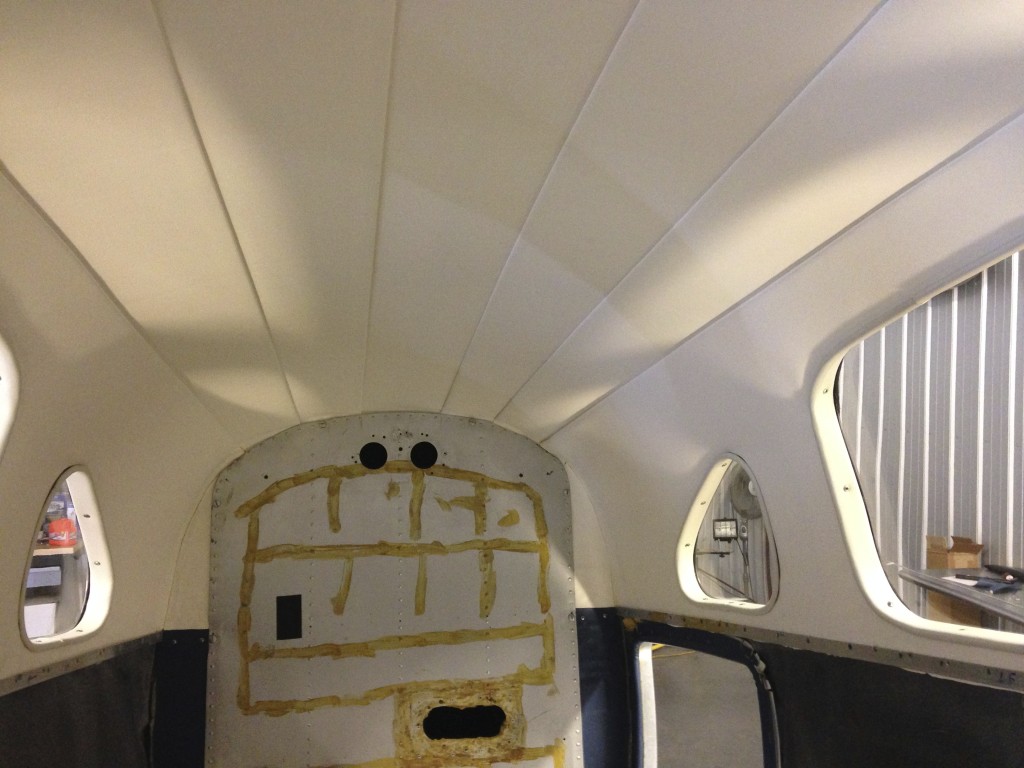 After the front seats were stripped of fabric and padding, the reason the front seats had a “different” appearance than other Spartans became clear.  The seat structure had been modified to produce a squared-off vs. rounded appearance and it also incorporated a fold-down armrest.  The modification was easily reversible.

The seat structure with the squared-off modification 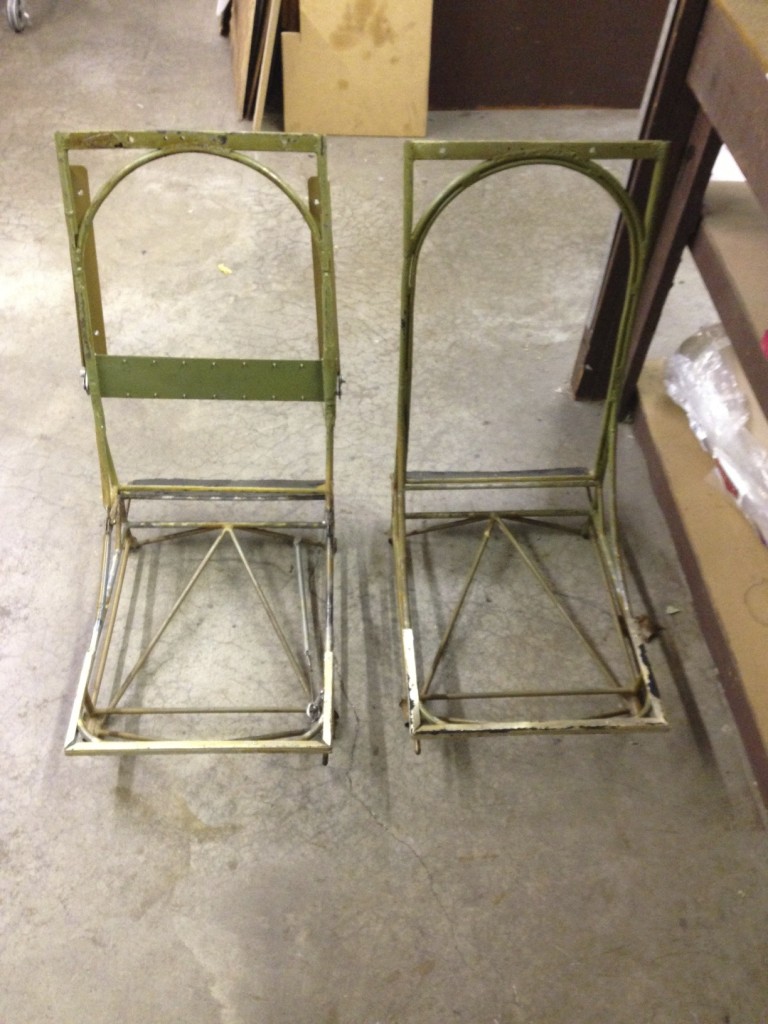 The seat structure after eliminating the modifications 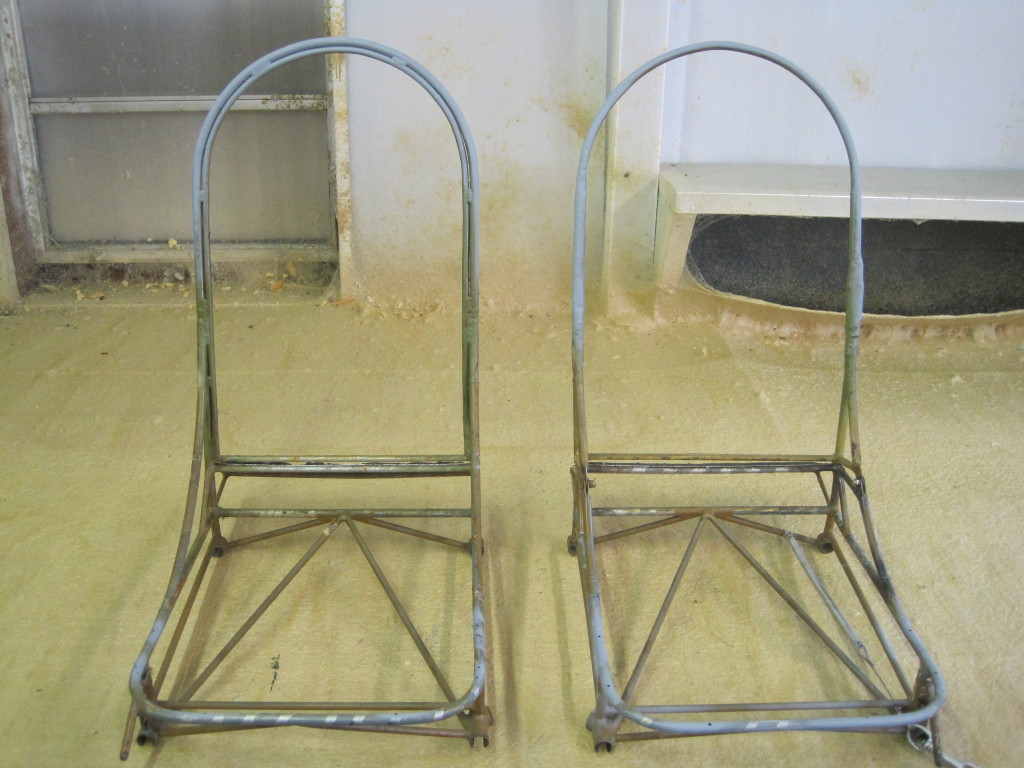 The seats with new padding and covering 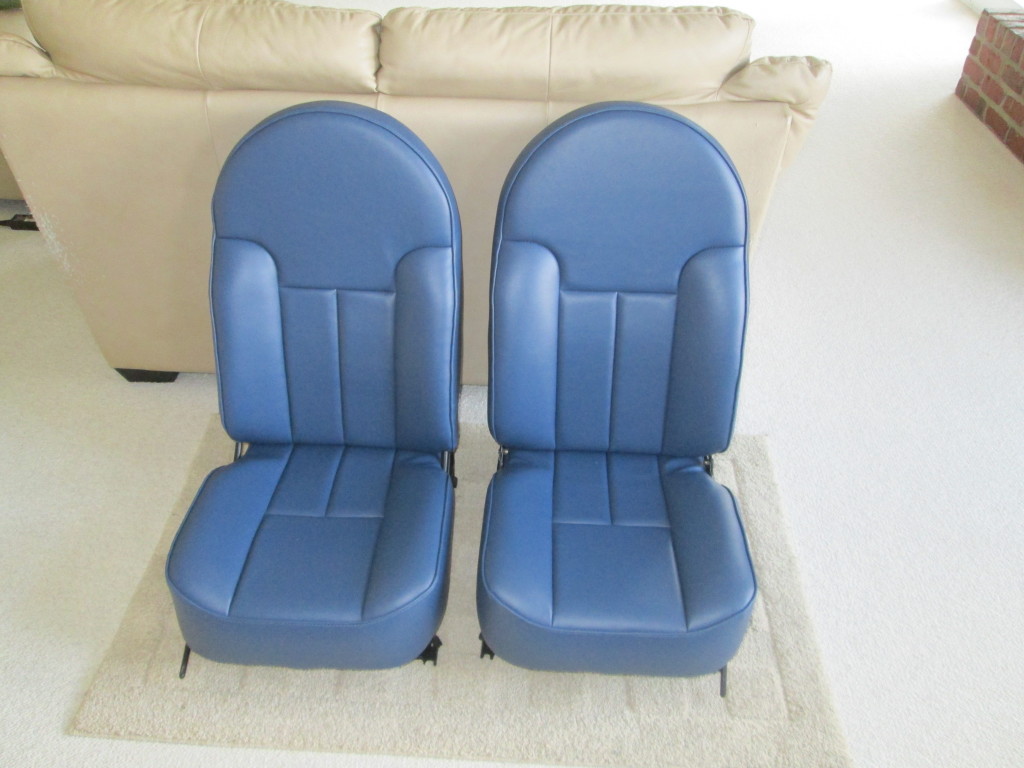 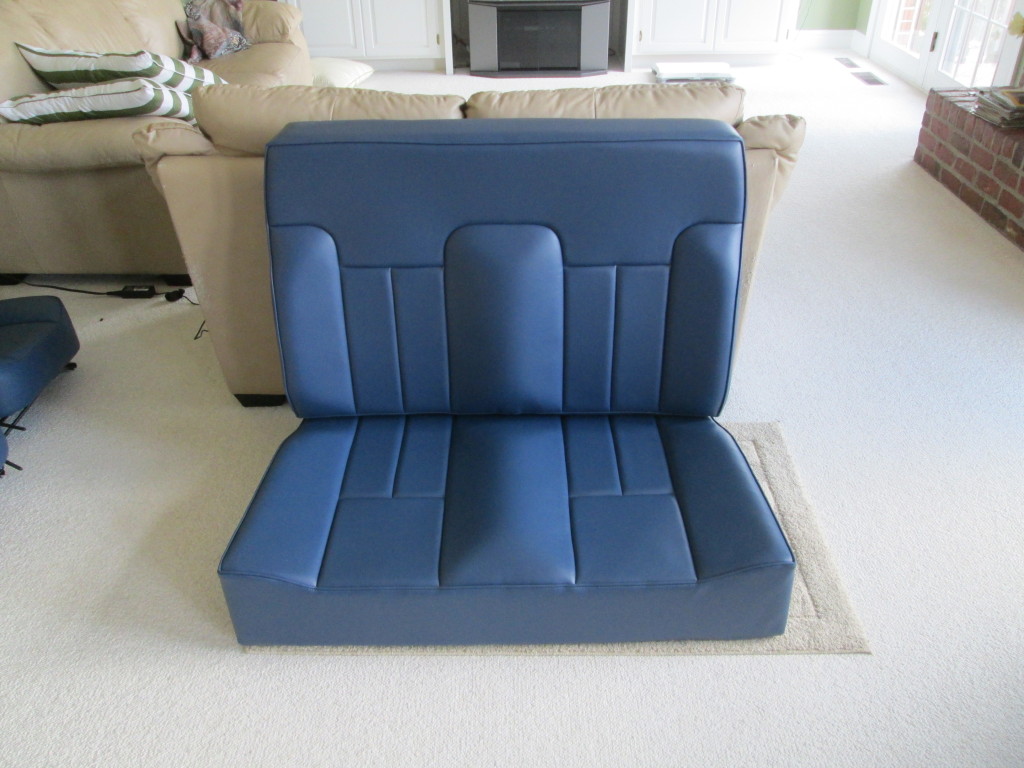 After the seats, side panels, rear bulkhead and door panel were recovered in new material, it was time for installation which included new carpeting and seat belts. 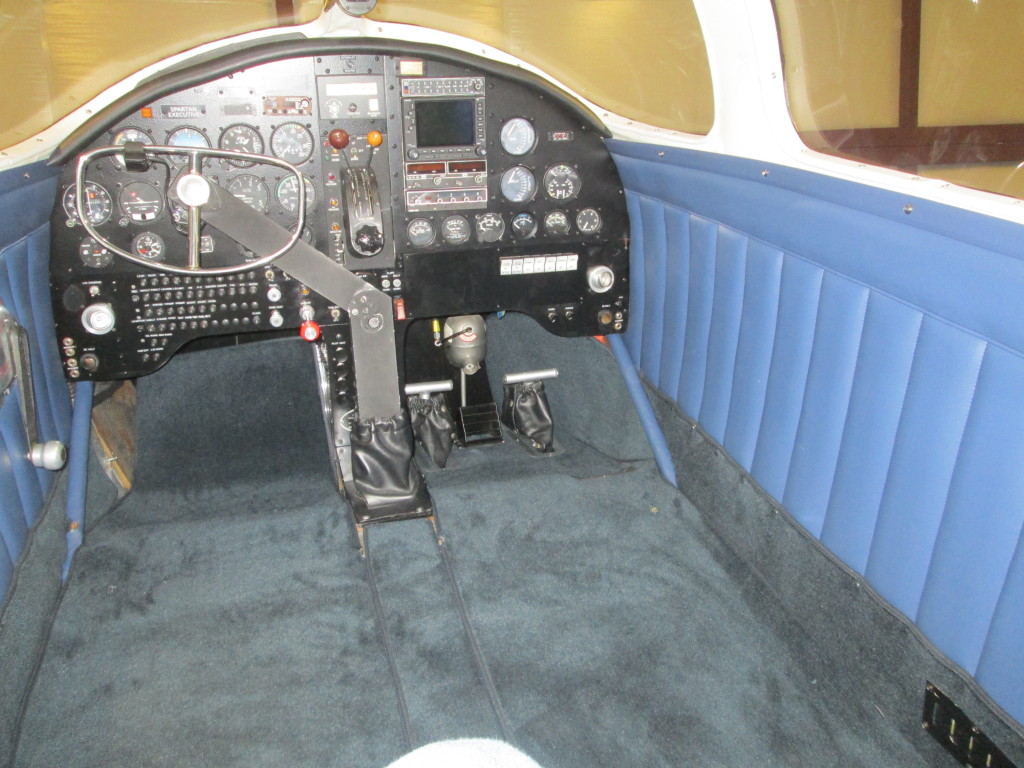 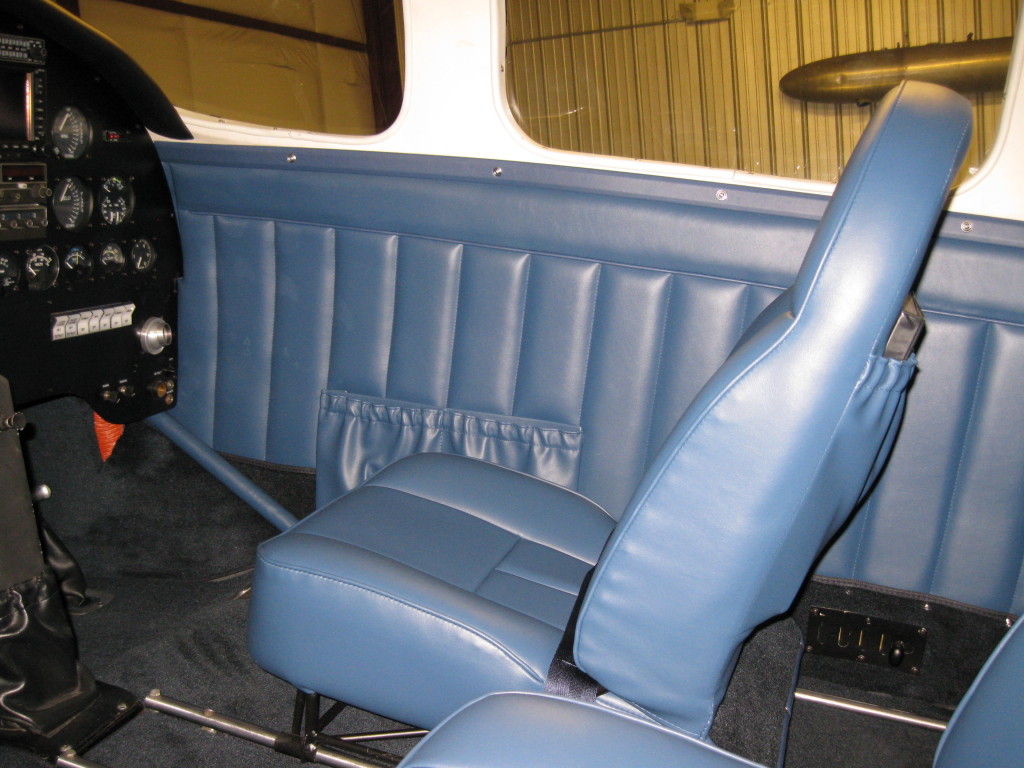 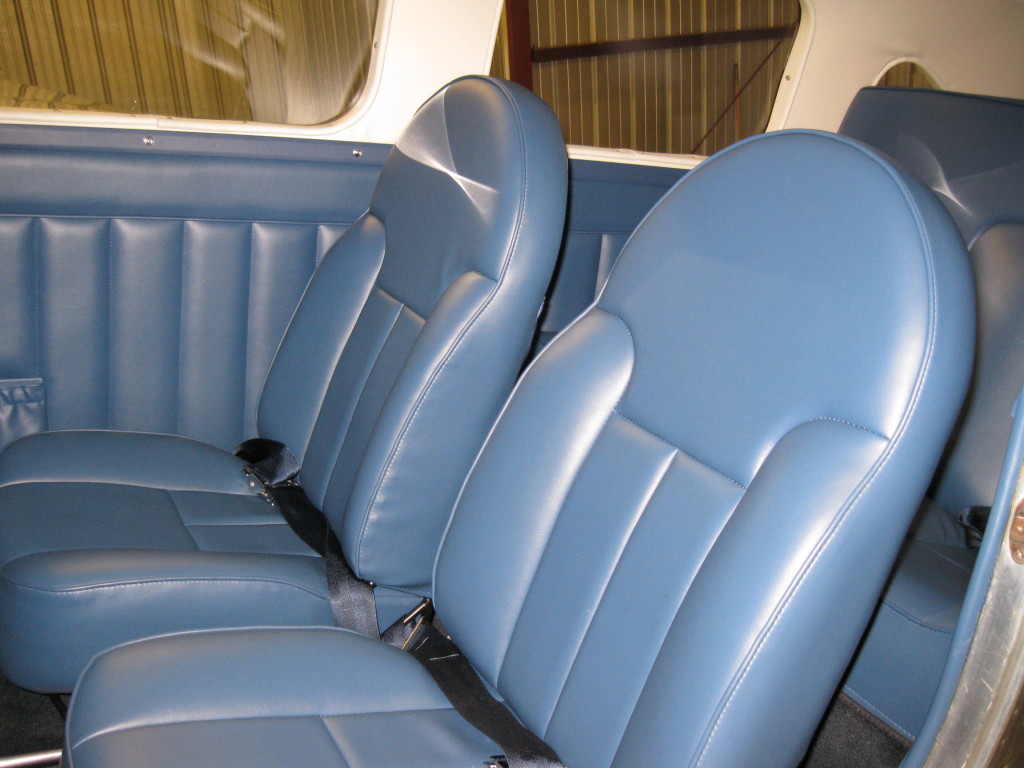 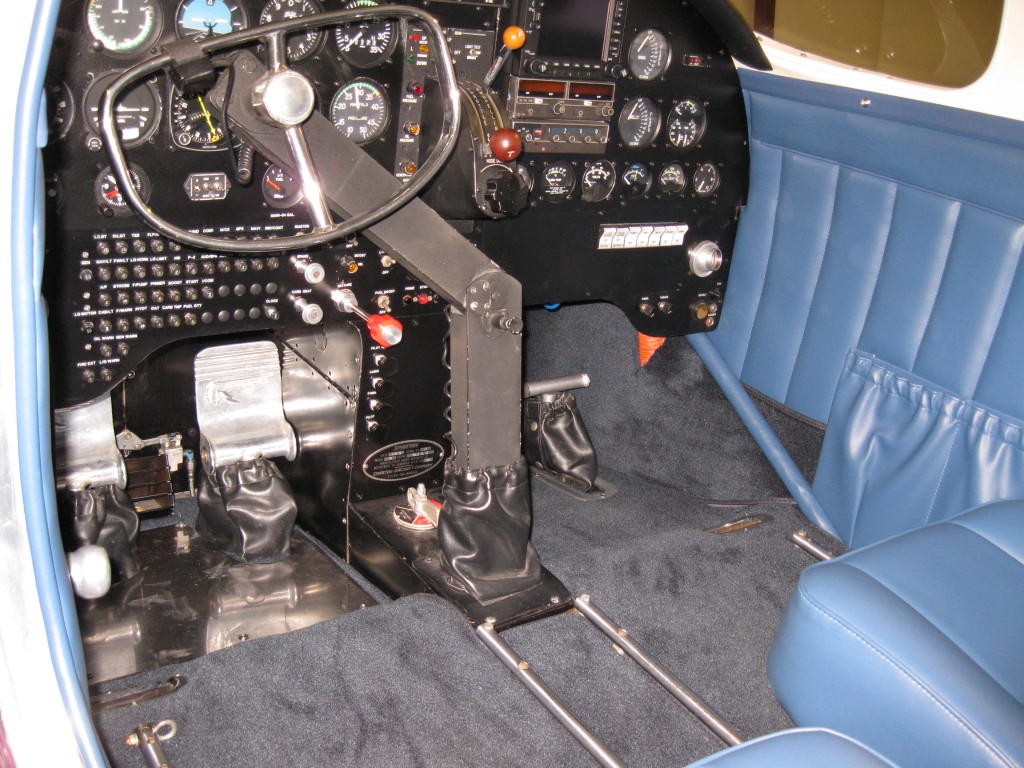 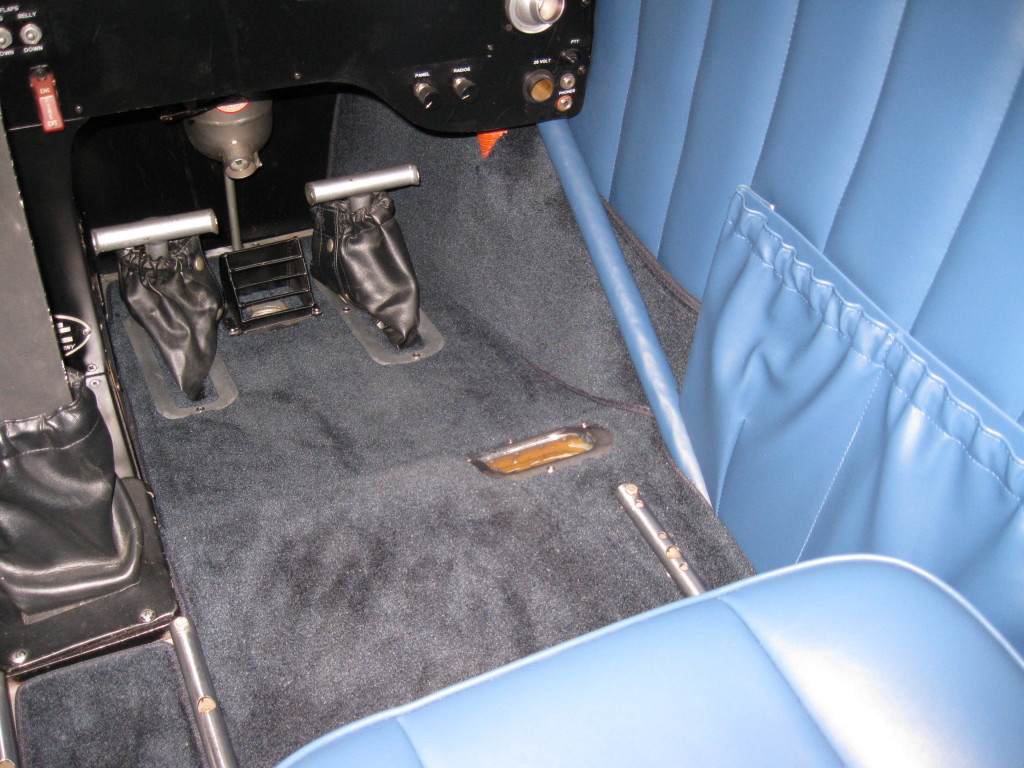 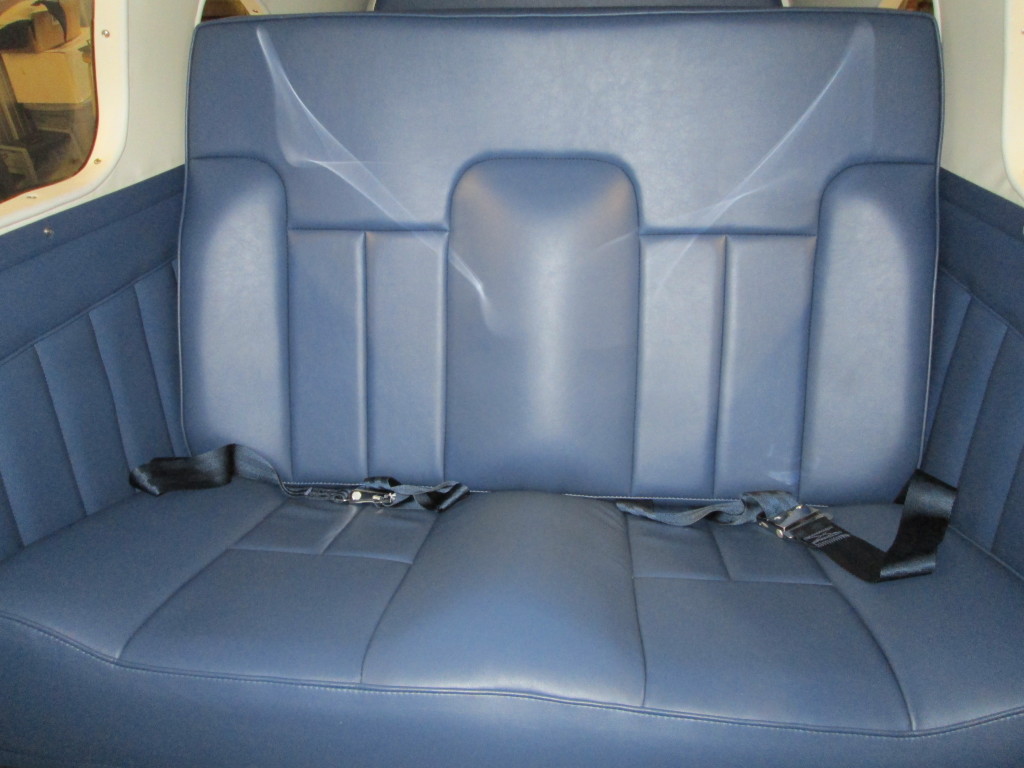 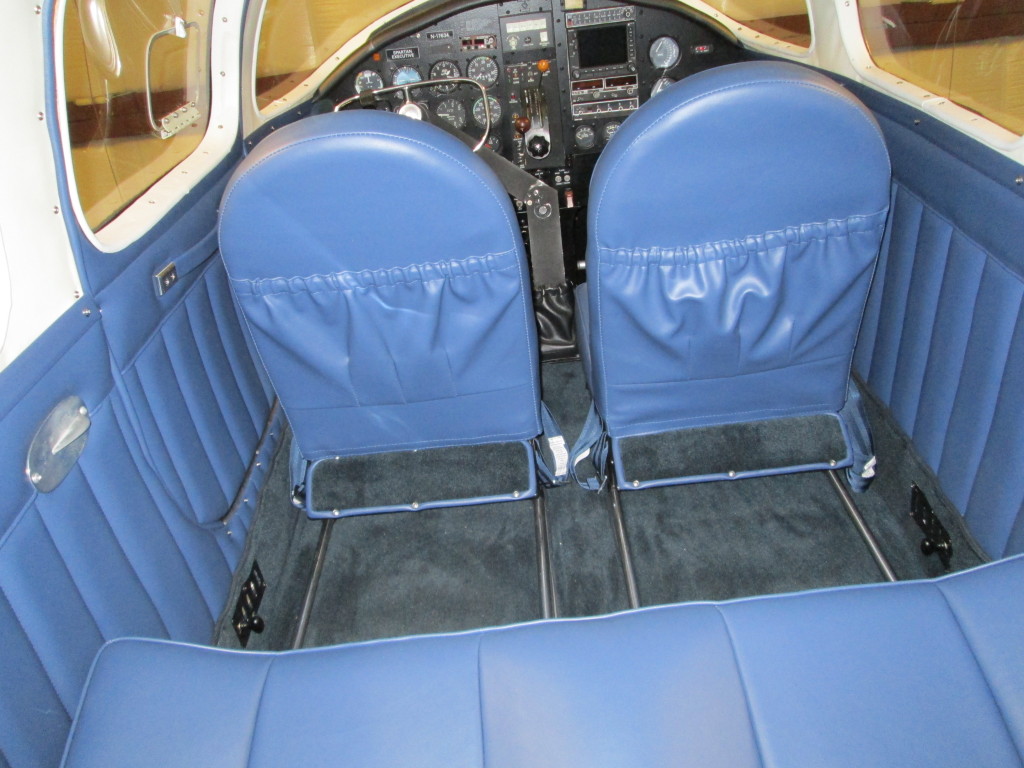 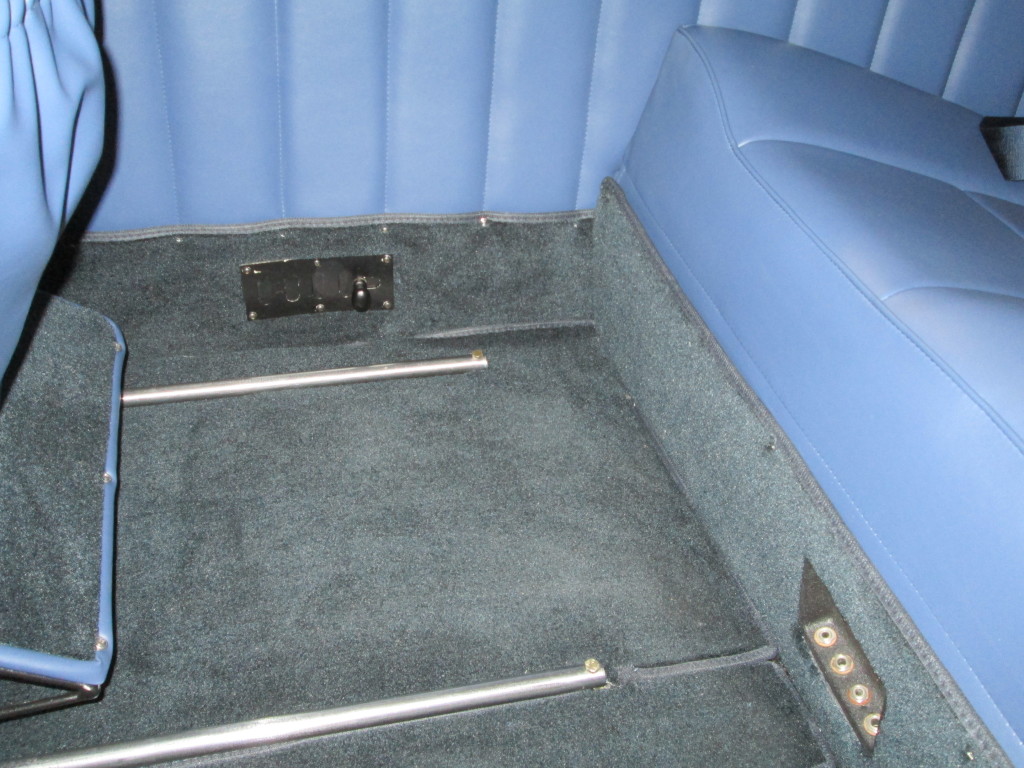 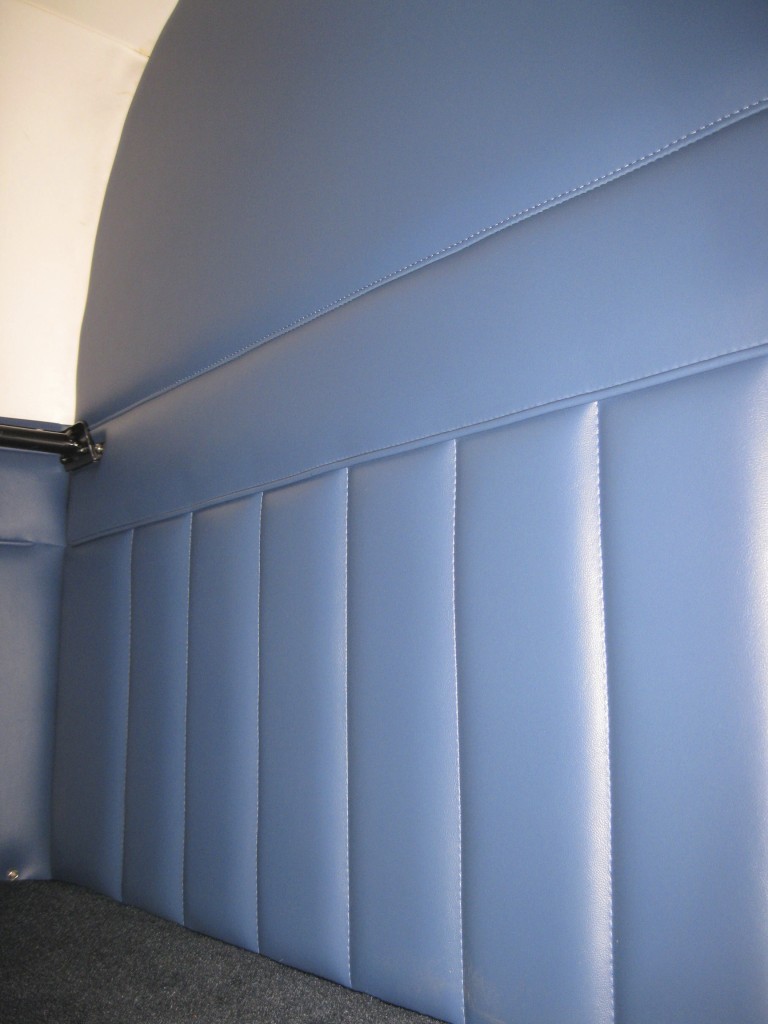 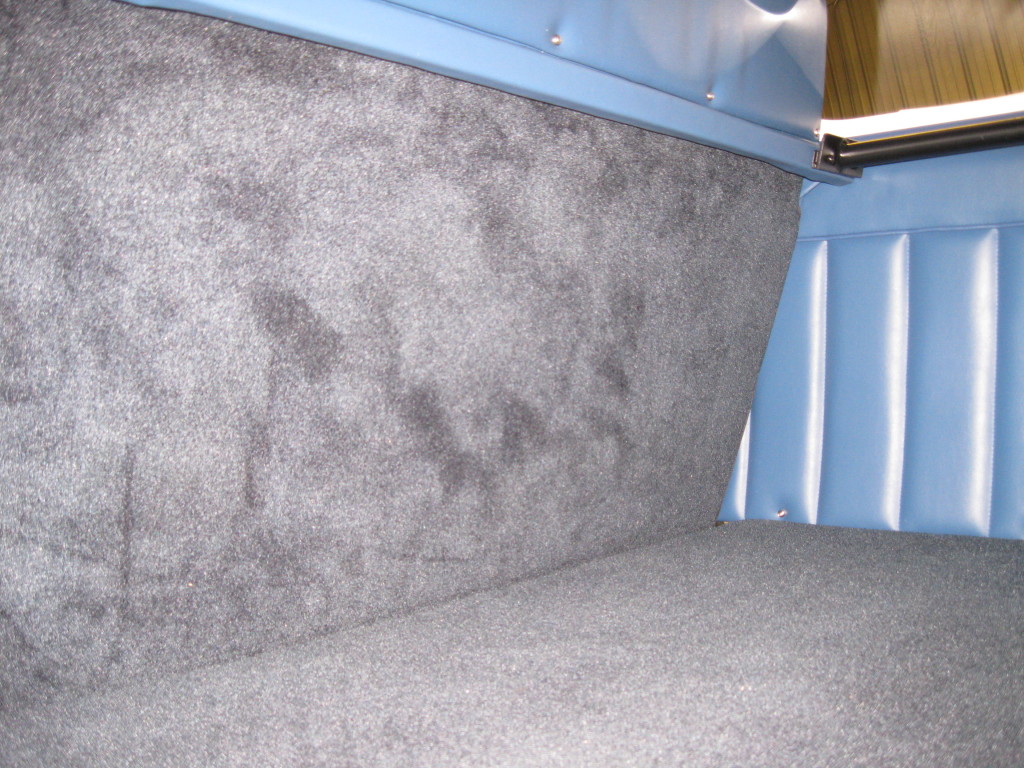